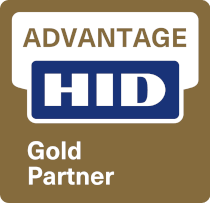 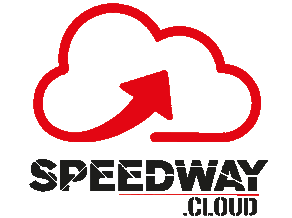 RFID stands for Radio-Frequency Identification. It is an identification technology (of a person, an animal, or an object) based on radio-frequency communication. The identification takes place via RFID Tag, or transponders equipped with a unique identification number and, depending on the models, also with additional additional memory. RFID tags, particularly passive ones, have a particularly low cost (about € 0.05) and do not require power. For this reason, they can be applied to individuals and things in different fields: logistics, inventory, supply chain, automation, marketing, and many others, including several applications in the Internet of Things.

What is an RFID Tag

An RFID Tag is a chip, or transponder, with an antenna that amplifies the radio signal. In the most common form, an RFID Tag looks like a label with the circuit visible in transparency. It is also called wet inlay, when it is adhesive, or dry inlay when it is not.

What are active and passive Tags

Active tags have an internal battery, which is generally used to increase the transmission power and, consequently, the reading distance. A typical example of passive tags is the Bluetooth Beacon.

The passive tags, on the other hand, do not have an internal power supply: a capacitor is used which, once charged, generates the electromagnetic field that carries the information contained in the chip. The solicitation takes place through an RFID reader, which usually takes a fraction of a second to feed the Tag and read it. The most common tags are the passive ones, because of the great advantage of not needing a battery.

For completeness, there are also semi-active tags, therefore equipped with power supply. This power supply is not used for radio circuits, but is used for additional functions, such as temperature or movement sensors.

On RFID Trade, we mainly deal with passive Tags.

How RFID Tags can be read

The RFID tags are read / detected by special fixed or mobile devices, called RFID readers, or RFID readers. These readers solicit the transponder by induction or electromagnetism, which activates and transmits the information it contains. RFID readers can have an integrated or external antenna. If the model supports it, more than one antenna can be connected to a reader, so as to identify tags in different points, or to cover a certain gap accurately.

What are the main frequencies used in RFID technology

Depending on the frequency of the chip, there are several RFID categories, with their own characteristics. Below, we report the most common, governed by ISO standards.

What is the EPC Gen2 V2 standard

It is the second generation EPC (Electronic Product Code) protocol, designed to operate internationally. The EPC Gen is the center of attention because a convergence between the UHF Gen 2 standards and a revision of the ISO 18000-6 seems likely, ie it applies only to UHF tags. The unification process could contribute to further acceleration in the global adoption of RFID.

The GS1 EPC Gen2 air interface protocol, first published by EPCglobal in 2004, defines the physical and logical requirements for an RFID system with passive tags, operating in the UHF frequency range from 860 MHz to 960 MHz. In the last ten years, EPC Gen2 has established itself as a standard for UHF implementations in multiple industries and is at the center of increasingly RFID implementations.

What is RAIN RFID?

RAIN RFID is a global alliance that promotes the universal adoption of RFID UHF technology in a similar way to other wireless technology organizations including NFC Forum, WiFi Alliance and Bluetooth SIG. RAIN uses the GS1 UHF Gen2 protocol which ISO/IEC has standardized as 18000-63. The word RAIN - an acronym derived from RAdio Frequency IdentificatioN - is intended as a nod to the connection between UHF RFID and the cloud, where RFID-based data can be stored, managed and shared via the Internet. A RAIN RFID solution uses a reader to read and write a tagged item, manage data and act.

Historically, 2 slightly different operating standards have spread: one for the typically European market, operating at a frequency of around 860 MHz, and one for the American market, which operates at around 960 MHz. The ISO 18000-63 standard distinguishes passive UHF Tags operating at both frequencies, so they can be used globally without problems.

The UHF RFID tags published on RFID Trade are all compliant with the RAIN standard and ISO 18000-63.

How many UHF Tags can be detected at the same time?

UHF technology allows to identify a very large number of transponders (over 700 units), using anti-collision systems (see below). The maximum number depends on the transit speed, the type of information to be collected for each transponder and the type of RFID controller that is used (memory buffer available).

How UHF chips are classified?

What is the memory capacity of a UHF chip?

The memory capacity (user memory) of a UHF chip is currently 512 bits (64 bytes) or 1024 bits (128 bytes). Chips with a capacity of 8 kbytes have recently been announced, but the costs are still very high.

What is the reading distance of UHF Tags?

The communication distance of UHF technology is one of the strengths of this particular frequency, as it allows a greater range than other technologies. The distance varies according to the readers and tags used. The mobile PDAs equipped with RFID UHF technology allow to communicate with the tags at distances of 4-6 meters, while the Long Range UHF type controllers detect the tags at 10/15 meters. With specific on-metal passive tags, communication distances of up to 30/35 meters are possible.

What is the operating temperature of UHF Tags?

For the most common tags, such as wet inlays (plastic labels with embedde chip and antenna), the operating temperature is between -20°C and +70°C. For extreme temperatures, special tags are made, with more insulating casings, suitable to resist in more hostile contexts.

What materials interfere with or hinder the reading of UHF Tags?

Metal, carbon and all non-"radiolucent" conductive materials can create the Faraday Cage effect.

In particular, UHF frequencies are attenuated above all by liquids. However, there are transponders that can be applied to liquids with suitable insulating materials.

For metallic materials, on the other hand, special Tags have been designed, called shielded, or anti-metal, or even on-metal, which guarantee an optimal reading even when applied to metal surfaces.

A "linear polarization" antenna is a device that focuses the radio energy coming from the reader in a single orientation (or polarity). This allows to increase the reading distance, succeeding in increasing the penetration capacity of the emitted radio wave; "Circular-polarized" antennas instead emit radio waves in a circular way (as you can guess from the name): in this case the reader radius of action is smaller but there are more possibilities to "hit" the Tag; in fact this latter type of antenna is used in situations in which the tags applied to the products cannot be controlled, whereas instead in the case of readers equipped with a "linear-polarized" antenna, the labels must be aligned very precisely in the direction of the antenna itself.

What are anti-collision systems?

Anti-collision systems are procedures that are used to manage the reading of several tags simultaneously; technically these systems prevent the annoying episode of the overlapping radio waves, emitted by different tags, which end up disturbing each other. Within a single electromagnetic field generated by a single antenna of a reader, it is possible to manage the reading of different Tags thanks to algorithms called precisely anti-collision, which regulate the time intervals in which the Tags must be read: in this in this way no interference occurs and there is no risk of receiving incorrect or inaccurate information.

What kind of interfaces are available for UHF RFID readers?

The interfaces available on the host side are the most common and include: Ethernet RJ45, USB, RS232, RS485, TTL, Wi-Fi, GPRS, TTL / RS232. Various models of controllers are also available with Inputs, Outputs and relays, integrated microcontrollers for the development of embedded applications.

Are RFID radio waves harmful to the human body?